syn-flood
Portfolio of my adventures through cyberspace.
Home Working with httpscreenshot
Post
Cancel

As part of reconnaissance stage of a pentest, you may wish to capture home pages of an organizations’ websites. One option to do just that is HTTPscreenshot. HTTPscreenshot has been touted to be a tool for both red and blue teams. This tool was released at SchmooCon 2015, developed by Justin Kennedy and Steve Breen.

This guide was written using a Debian 7.8 Virtual Machine. Debian/Ubuntu based operating system is recommended as apt-get commands are part of the install script. 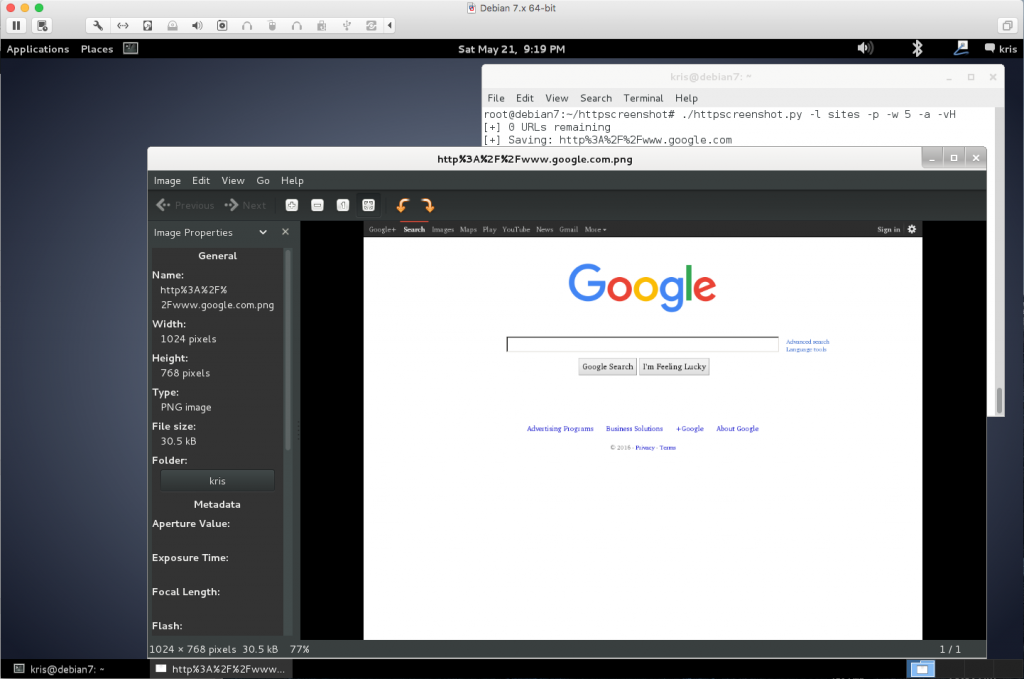 A full usage list is also provided for reference here:

I tried my hand at getting HTTPscreenshot to run on CentOS version 7. It took a bit of trial and error, but I am satisfied with the result. The following steps assume a base install of CentOS 7 64-bit. 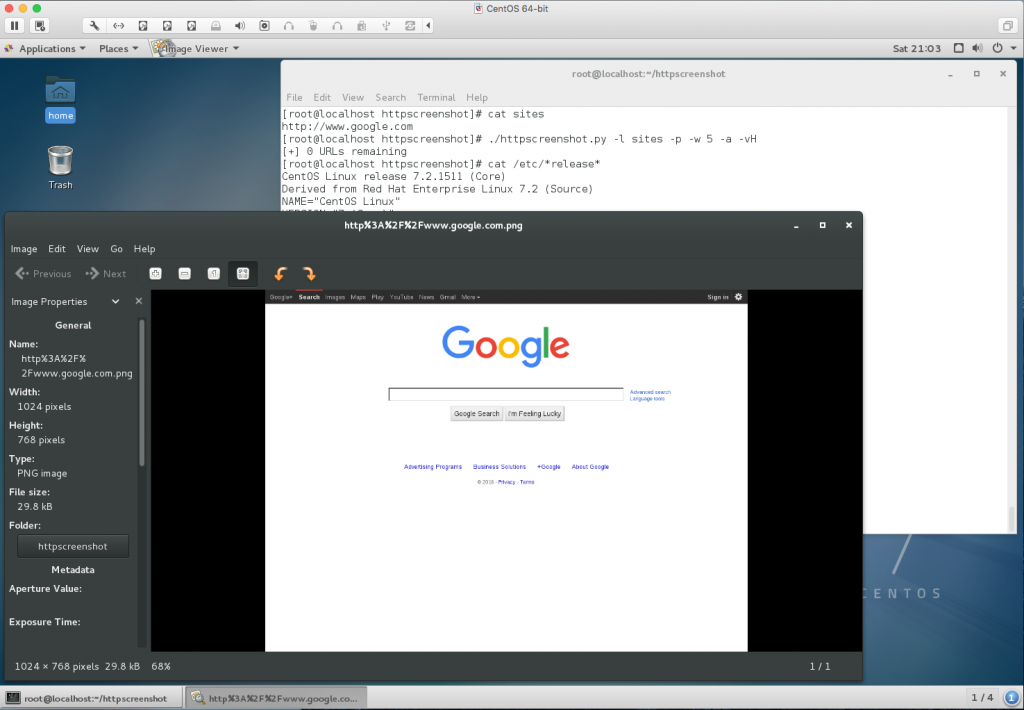 HTTPscreenshot is a powerful tool to perform information gathering in a more automated fashion. I recommend following both Justin and Steve on Twitter.

I sought out a way of running .ova files downloaded from VulnHub on Proxmox. The reason for doing so is twofold: first, I can better isolate the virtual machine on my network and second, my main ma...

I recently migrated from a self-hosted Wordpress instance as a CMS to Jekyll. When initially writing posts for Jekyll, my workflow consisted of using the text editor Atom and the Ruby gem bundle to...

Joplin is my current note-taking app of choice because markdown notes are easy to read and I like the cross-platform support. Markdown is supported by many applications so there is no threat of bei...

Backing up files with rclone